The pure, simple and natural 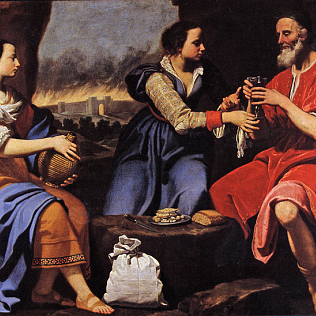 Giorgio Vasari attempted in the pages of "Lifes" (1568), and more than a century after Filippo Baldinucci in "News of professors of the design" (1681-1728).
But only in the last century, thanks to Hermann Voss, Mina Gregori and Fiorella Sricchia, we speak again of the leitmotiv that links the masters of the early sixteenth century to those of the late seventeenth century.
The novelty in the tradition of Florentine art is finally identified.

The exhibition aims to illustrate precisely this identity by comparing painting and sculpture in an articulated 9 sections path comprising about 80 works and 35 artists.
The route opens with two protagonists as Andrea del Sarto and Santi di Tito, it continues with a tribute to drawing as a tool of knowledge.
Among the artists re-evaluated, Della Robbia, Sansovino, Franciabigio, Bugiardini e Sogliani, as 'intermediaries' artists towards Bronzino, Poggini, Giovanni Bandini and the the later generation of Ciampelli, Tarchiani, Vannini and Antonio Novelli.
The works are compared on three themes: the expression of feelings, the evidence of everyday objects and the noble simplicity of sacred events, through the austerity of Savonarola and the purism of Florentine and Crusca Academy.

Among current exhibitions at Uffizi Gallery this one frees the art of Florence from the charge of pastism, revealing the semantic changes and the demands of novelty, highlighting "innovation in tradition".