Andrea del Sarto and the room 58 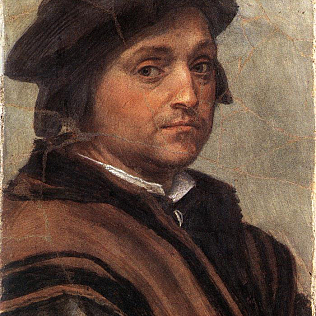 Andrea d\'Agnolo (1486-1530), known as Andrea del Sarto, because of his father’s profession (in Italian, sarto means tailor), was a great Florentine painter, to which the Uffizi Gallery dedicates one of its rooms.

He was called painter “without errors\" by Vasari. Andrea was an important figure, a master of the first generation of \"eccentric\" artists, as Pontormo and Rosso Fiorentino. In addition to his talent in creating secure forms, perfectly executed, we must recognize his innovative work, always attentive to the innovations of the period, and to change the tradition from within, rather than with gestures of open rupture.

Andrea del Sarto grew up in Florence, and was educated at the studio of Piero di Cosimo. Later he opened his own workshop, together with his colleague Franciabigio. At the end of the first decade of the 16th century great masters, as Leonardo and Michelangelo, had left Florence, so these young artists had much \"space\" at its disposal to work in the city. In this period, in fact, he participated in the creation of numerous frescoes cycles and made many of the drawings that made him famous.

In 1517 he painted one of his most famous paintings, which still stands in his room at the Uffizi: the Madonna of the Harpies. It is an altarpiece made for the nuns of San Francesco de\' Macci, a tempera on wood that is at the Uffizi since 1795. The work represents a Madonna standing on a kind of pedestal, with the baby in her arms and St. Francis and St. John the Evangelist on the sides.

The figures are arranged in a pyramid scheme, while different poses of saints and cherubs, facing the viewer or turning their back on, create harmony, but at the same time they have a monumental character, which reflects Michelangelo’s lesson. There are not the typical forcings of Mannerism, because Andrea is close to the sweetness of the design and also of Leonardo’s sfumato. The name of the work goes back to Vasari, who, in the carved figures at the pedestal base, saw the representation of the Harpies, figures born in the Greek myth. They are present in the Odyssey, in the Aeneid and in many other classical works, but also in Dante’s Divine Comedy. Represented as beings with bird body and woman face, they are probably born as the personification of the storm.

The juxtaposition of these beings to the melancholy and titanic human figures in the painting is mysterious and intriguing. Where it comes from? The reference is to be found in a passage of the Book of Revelation, also called The Apocalypse of John, the saint here precisely represented with a large book in his hands. According to this interpretation, the harpies are the locusts, bearers of destruction, while St. Francis represents humankind saved by Christ and spared from torment. The Madonna is therefore represented as she closes the Hell pit. A masterpiece that, in the classicism of its style, gives a glimpse of subtle tensions, soon exploded in Mannerism.

Andrea del Sarto left many important works in Florence, forming a very interesting artistic itinerary: from the cloister of the Scalzo to the monastery of Santissima Annunziata, from the Uffizi Gallery to the Cenacolo di San Salvi, and to the Palatine Gallery at Pitti Palace.

Like other Italian artists, the Sarto worked at Fontainebleau castle for a period, but he soon returned to his town, where he worked until his death. Today he is considered a very important artist in the Italian and Florentine history art. At the Uffizi there is a room dedicated to the master, but also another, entitled to the \"Friends of Andrea\", as artists his contemporaries are called, like colleagues, students, in short, the Florentine painters with whom he shared a climate and that learned the great art from him.